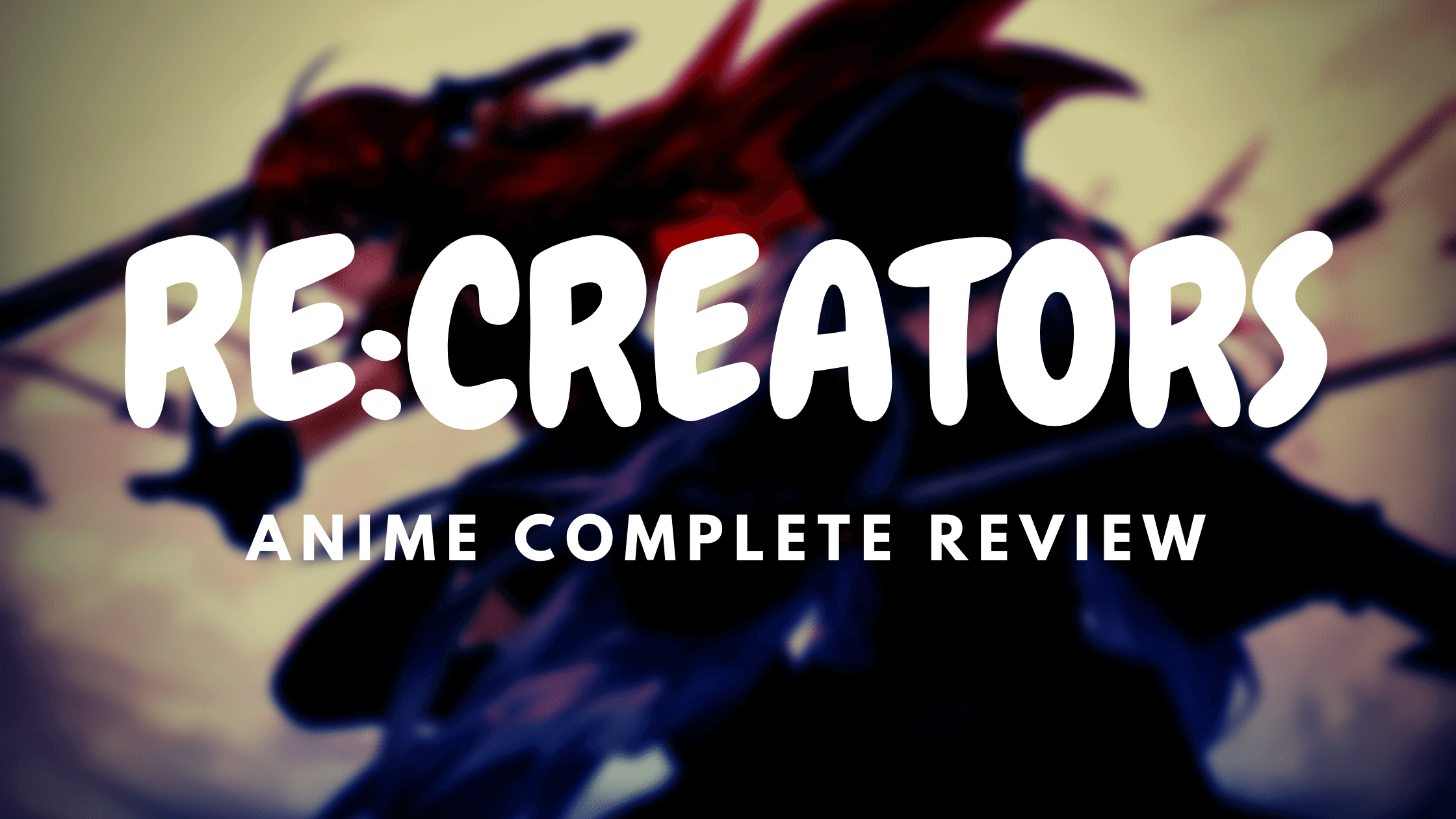 Are you here for the Re:Creators anime review then I am here to help you out. So let’s begin with it.

Fiction, it is one of the most dominating genre in any kind of creativity. Authors of fictitious stories create a whole world, from the setting to characters and more. They have the freedom to explore the world they themselves created along with the characters. But what if the characters were able to interact with the creators? Will the characters be happy with what has been going on with their life? How will they react if they find out that their whole life was not real ? Re:Creators anime manages to answer those question in a very satisfying and interesting way.

The story of Re:creators itself is very unique and very intriguing. But for it to catch people eyes but the characters were undoubtedly the highlight of the series. They shined even brighter than the interesting story. Since the setting itself is that of the real world, there is nothing much to be explored about it, but the reactions of characters from all different genres and different worlds are surely a candy for the eye. Since it is an action series, each character had different skills working on different principles which give depth to the series. But that is the secondary part of it. Not just the reactions, the dialogue is very thoughtful and very nicely written. The interactions between the characters and the creators just pulls the viewer into the series and makes us realize how much thinking a creator has to put into, not only the series but into a single scene.

Re:Creators anime has quite a dynamic voice acting cast.

Which is necessary as there a lot of characters from different settings. From light hearted magical girl setting to hardcore murder mystery setting. There are quite a few veteran/well known voice actors in the crew like Daiki Yamashita(Izuku Midoriya from My hero Academia), Toyosaki Aki(Aoi Kunieda from Beelzebub), Minase Inori(Rem from Re:zero), Komatsu Mikaku(Totsuka Saika from oregairu) etc; who play out their roles perfectly and manage to bring life to the dialogues.

As far the animation goes, there is no room for complaints here except for a few CGI scenes, It’s nothing but perfect. The animation bring out the art style of the series giving the characters the expressions they need. It also manages to be consistent from the start to the end, no matter it being a normal comedic scene or an intense, well choreographed action scene. With finely placed camera angles, this series definitely has better action scenes than other battle anime.

The background sound, better known as the Official Soundtrack is the mediocre part of the series. Though it has range, from uplifting cheerful ost to dark ost, it had no ost that particularly stood out. It is mediocre but is no way bad, as it enhances every scene according to the mood.

If you want to know about arslan senki anime review then click this.

So this are my final words about Re:creators anime review, the series is great and enjoyable for almost everyone. But it does have a lot of dialogue which many people for some reason consider boring. The pacing is a bit slow during the first few episodes. But if you can manage to still be in it, you won’t be left disappointed. As it has a multitude of genres mixed in it. We can safely say that it caters to the whole anime community.

1 thought on “Re:Creators anime complete review to watch it now”